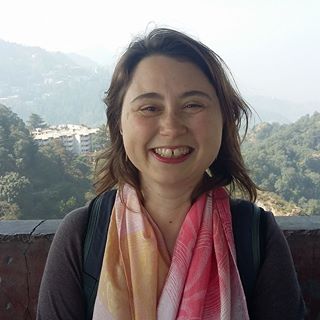 Last week I wrote about how anger comes from a place of pain and how if we seek God’s healing when we feel anger, then we are less likely to spread that pain to others. Also that anger can be a way in for demonic strongholds, but the emotion of anger isn’t a sin if we repent.

This week I want to share a few more lessons God has taught me, about righteous anger, repentance and anger with ourselves.

3. Anger may be righteous, but God’s best is still for us to trust Him with it

I learnt about what Gods plan is when we experience righteous anger, from Exodus 32, where Moses descends from Mount Sinai to find the Israelites worshipping the golden calf.

Exodus 32:17-34 When Moses approached the camp and saw the calf and the dancing, his anger burned and he threw the tablets out of his hands, breaking them to pieces at the foot of the mountain…..So Moses went back to the Lord and said “Oh what a great sin these people have committed! But now, please forgive their sin – but if not, then blot me out of the book you have written”. The Lord replied to Moses “Whoever has sinned against me I will blot out of my book”.

So, even though Moses is feeling righteous anger, and feels he should take responsibility for the sin as the leader, God doesn’t want him to do that. God’s reply shows that Moses can leave God to deal with it. God wants us to let him deal with the anger and its cause, whether the anger is unrighteous, or righteous. God is just, we must trust Him to see that justice is done, even if that isn’t until God’s kingdom comes. God’s best path to justice is often not clear to us during our anger, and God can bring good out of pain in unexpected ways. Leave room for God to be just.

4. Jesus reveals anger towards others must lead to repentance

In Matthew 5, Jesus helps us to understand how we disobey God when we do not repent of anger.

In this passage the Hebrew uses the word Raca, which can be translated as fool, and was a severe slander in their society, a character “assassination”. Jesus judges this as severely as murder itself, he sees the heart of someone who calls others names, and knows they are expressing a lack of respect and love towards the person. Since one of God’s greatest commandments is to love others, not repenting after we think angry thoughts about them, is a sin.

In Genesis 45, Joseph’s brothers are called into his presence, not knowing he is their brother.

Genesis 45:4-7 Then Joseph said to his brothers, “Come close to me.” When they had done so, he said “I am your brother Joseph, the one you sold into Egypt! And now, do not be distressed and do not be angry with yourselves for selling me here, because it was to save lives that God sent me ahead of you….So then it was not you who sent me here, but God”. Joseph points out to his brothers that instead of getting stuck in a place of anger at themselves, they should rejoice in God’s power to bring good out of bad.

I learnt from this that when we have sinned, God’s best is for us to bring it to him, repent, and trust in his power to bring good from the situation. God’s best for us is not to hold onto anger with ourself, falsely believing that God will only forgive us if we are suffering, rather than letting Jesus’ suffering bring forgiveness.

Parts 3/3 will be up next week