Blog:
The Earth is Yours

The Earth is Yours 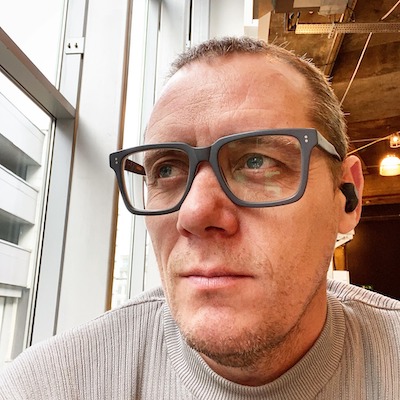 For the first 19 years of my life, I grew up in my home city of Dundee. The name is derived from two celtic words: dun meaning fort, and de meaning fire – fort fire, which is fitting given that the dominant natural landmark in Dundee is the law hill, an extinct volcano right in the city centre. From the top, you can see every part of the city and beyond; from the River Tay as it empties itself into the Firth of Tay estuary all the way to Belmont Lighthouse whose light can be seen at night guiding ships as it brightening up the sky just beyond the horizon.

Despite being burnt to the ground in 1548 and then completely destroyed in 1651, my home city is rich in history and rich in its reach across the planet. In 1797, Dundee-born Adam Duncan led a battle against the Dutch; considered the greatest ever Royal Navy victory at that time. Captain Scott sailed the RSS Discovery in record-breaking expeditions to the Antarctic. Mary Slessor, inspired by David Livingston, the famous Scottish missionary who saw missionary work in Africa as the means to spreading the gospel and ending the East African Arab-Swahili slave trade, helped spread the gospel throughout West Africa, saving Children from death, and helping the sick.

I can say that I am proud to be Dundonian. Proud to be Scottish in fact. But I am conscious how much I have idealised my own nationality. The ‘Massacre of Glencoe’ takes on a romantic feel in popular culture when in fact it was anything but. The truth is, we are raised on and influenced by the stories we tell about ourselves and about where we come from: our national heroes, our national exports, our national triumphs, our national achievements. We say less about our national villains, our national injustices, our national exploitations and our national conquests. Today, out of 195 nations that exist all of them are facing disease and pandemic. 69 are actively involved in war. 20% of the world population face extreme hunger, including 30% of children under 5 facing acute malnutrition. If we go back in time, the impact of our continual carving up of the earth become unfathomable, incalculable even.

But there is a problem. The earth isn’t ours. It’s true, God did tell us to work it and keep it (Gen 2:15), call it and name it (Gen 2: 19-20). But he did not pass ownership of it. As Romans 11:36 states: ‘For from him and through him and to him are all things’. Psalm 24 puts it this way: ‘The earth is the Lord’s and the fullness thereof, the world and those who dwell therein, for he has founded it upon the seas and established it upon the rivers’.

I’m not sure we have done a good job on the whole ‘working it’, ‘keeping it’ front. The fall, divisions and wars. Pride, greed and selfishness. Humanity has relentlessly and continually declared independence from God, rejecting his many attempts to reach out to us with love and forgiveness. His ultimate expression was Jesus who came to earth to show us the way and reveal to us the Kingdom of God here on earth: breaking through, breaking down, breaking out. Our response? Crucifixion. His response? Resurrection. Our response? Look around.

How do we make sense of it all?

In late Autumn of 2019 I remember coming back from Geneva. I had landed in Manchester Airport on a Sunday evening and it was dark, cold, and lonesome. As I was driving through Bradford I suddenly had this sense of a melody and words: ‘The earth will know your name, the whisper of your voice, creation will again give praise. The continents in drift, the nations every change, but your glory and your power remain… the earth is yours’. Then, in Spring 2020 through a chance meeting, two others from Nashville contributed melody and lyrics: ‘You restore, you give hope, you came to earth, you are life, you are love, you set us free’ (even in song writing the body of Christ works together better than any single constituent member).

In truth, we make sense of it all by remembering that the earth is God’s. Always has been, always will be. He created it. He also knew what we would make of it. Yet He reached out to us through Jesus and made a way: a change in citizenship according to Philippians 3:20, belonging to a holy nation according to 1 Peter 2:9, if we accept Jesus as our way, our truth and our life (John 14:6). Salvation, restoration, eternity. No longer lost, but found. No longer Scottish…

That’s what I love about songs. As a means of communication and expression, they have an ability to bring together truths in such a way that it stirs us up and reminds us who we are and what our mission is. The Earth Is Yours speaks to the truth of creation and the mission of salvation. It’s both a declaration and a call to prayer, a testimony and a commission.

As we look around the world today and see endless tragedy there is only one answer. John 8:32 says ‘you will know the truth, and the truth will set you free’.  We have that answer. We have the truth, and we have an audience who needs to hear it, as the opening line of the song states:  ‘The earth will know your name, the whisper of your voice…’.