Blog:
The power of music and words

The power of music and words 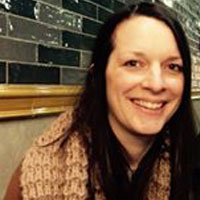 Recently I have been thinking about the power of song. It's been incredible since the birth of my daughter Zoe how many songs and nursery rhymes from my childhood have come back to me. Or how despite the tiredness and inability to communicate I can still sing a song without thinking while changing a nappy. A familiar tune can make Zoe smile and when she's crying with utter exhaustion and I'm needing to preserve my own sanity, singing a song repeatedly helps me to remain calm and not become overwhelmed by her crying.

Music and song often help me to cope. It helped with my breathing during labour, it has helped in the past during intense revision times, it has even helped during pain. I remember once as a young child having a splinter deep in my foot, we were in France at the time and so I sang Frère Jacques at the top of my voice while it was being removed.

I know too that songs can be used in reminiscence therapy with people who have dementia. Such is the power of music to create lasting memories.

In the Psalms it says 'Sing to the Lord a new song' repeatedly.  God gave us the gift of song and has given music great power. While David played the lyre to Saul it refreshed him and a harmful spirit departed from him.

So what music do we feed into our brains and subconscious day in and day out? Do worship songs with truths about God feature often? Is it worth repeating the same ones over and over again so that that truth becomes etched into our very being? Are we being purposeful in exposing ourselves and our children to words that are worth remembering, that build us up and remind us of who God is?

Again, where there is pain and we do not have the words to say, do we still stand up and sing of God’s goodness? Do words or songs come to mind when we need them? Do we find ourselves singing a song without even thinking about it?

And how can we make a habit of putting God first? Do we sing a new song or when we're in a place where we are unable to do so, do we sing those songs that we know?